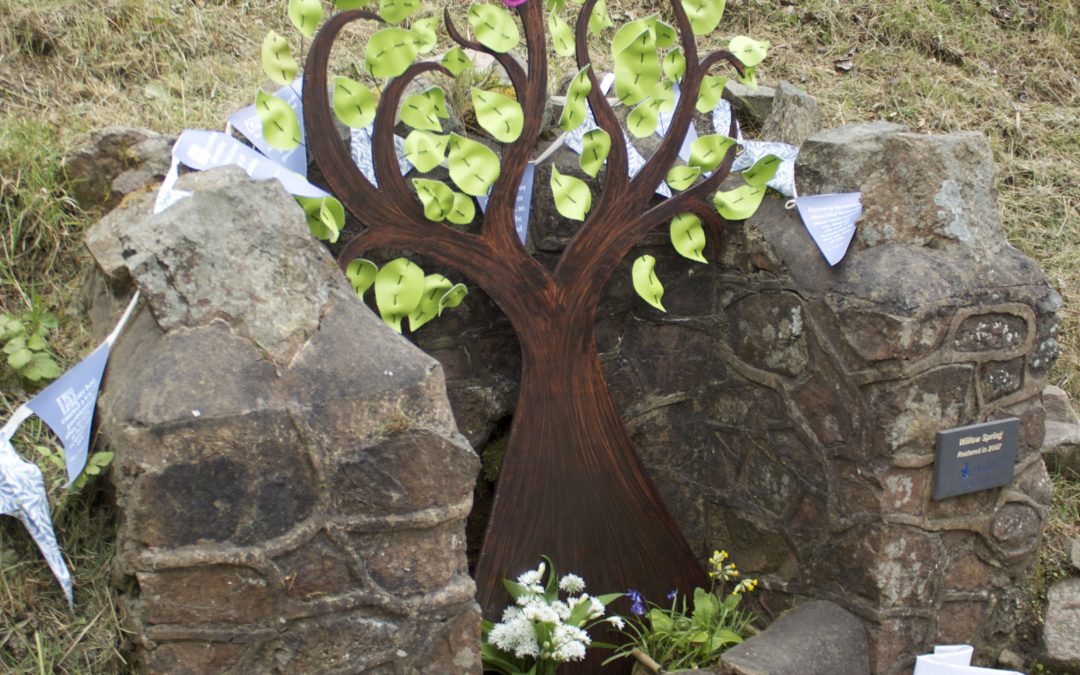 The Tree of Life

The theme for 2017 is The Tree of Life, broad enough to allow rich interpretation and has a very big nod to their previous organiser, Lionel Shorestone.

Decorations should be in place for Friday April 28th, judged during Saturday April 29th and prizes will be awarded on the afternoon of May 1st in Priory Park. Well dressings will be taken down between the evening of Tuesday 2nd and Thursday 5th May. Maps showing the sites of all the dressed wells available from Tourist Information Centre in Church Street, Malvern. Inquire there about minibus tour or organise your own walk or cycle – a few springs are not that close to the road. 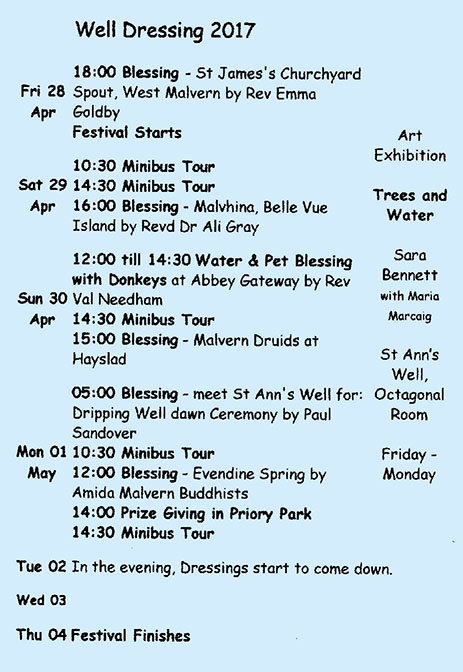 I will be dressing the Willow Spring on Walwyn Road, Upper Colwall so look out for it! My inspiration this year has been William Morris and Morris’s design Willow Boughs. 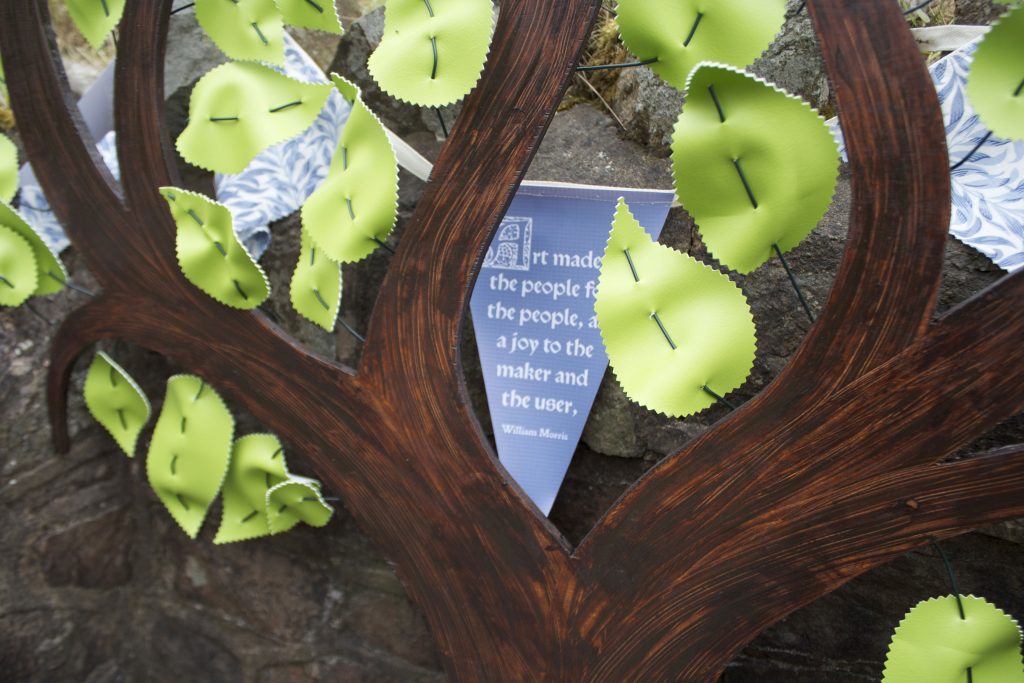 Willow Spring
Location: B4218 Walwyn Road, 300 metres south of the Wyche spout and the Wyche Cutting.
Grid Reference: SO76754344

Travelling from Malvern Wells through the Wyche Cutting into Herefordshire, take the lower left fork down towards Colwall (Walwyn Road) and Willow Spring is about 500 yards down on the left, beside the road by a track-way but before the hairpin bend.

This is an ancient ‘fault’ spring where originally the water flowed from an outcrop of rock beside a willow tree, hence the name. During the Second World War a plane discharged sixteen bombs over Malvern and one of these was reported to fall beside this spring, damaging it. In 1947 the present Malvern stone surround, spout and small trough, were installed, probably with a hidden collector tank underground to harness water from the damaged spring. The spout now only runs at a tiny trickle and it was restored in 2008 as part of the Springs Restoration Project.

Willow Spring This attractive little source was once much used by visitors and local residents. The visitors were the 19th-century hydropathic patients for whom exercise and fresh air were as much part of their treatment as drinking, bathing and wrapping in water.

No doubt Black Country excursions also made use of the spring water here when they tramped across the hills on high days and holidays. In the days before mains water, local people either approached the spout from the road or across a narrow path from Jubilee Drive. The path was so narrow that it was difficult for the householders to carry the full and heavy vessels, so in 1905 it was widened.

In july 1941, Colwall Parish Council suggested that the spout should be moved further down the road towards Colwall. But this was wartime and by September 1945 nothing had been done, so it was decided to leave the spout and improve were it stood. It was not until 1947 that local builder W. James finally submitted an estimate for £25 to build a Malvern stone surround, semi-circular in shape, 5ft wide and 5ft high in the centre, with the top slopping down at either side. The spout would be extended to empty into the existing drain. Colwall Parish Council agreed to pay £21 towards the work and the Conservators made up the difference. The work beganin January 1949 – and cost £50. The spring continued to be the sole supply to the nearby houses until mains water was laid on in the 1950’s, not long after the very expensive restoration that we can see today.

Copies of the book are available from Malvern Tourist Information Centre and the Malvern Museum of Local History.