Stop me and buy one 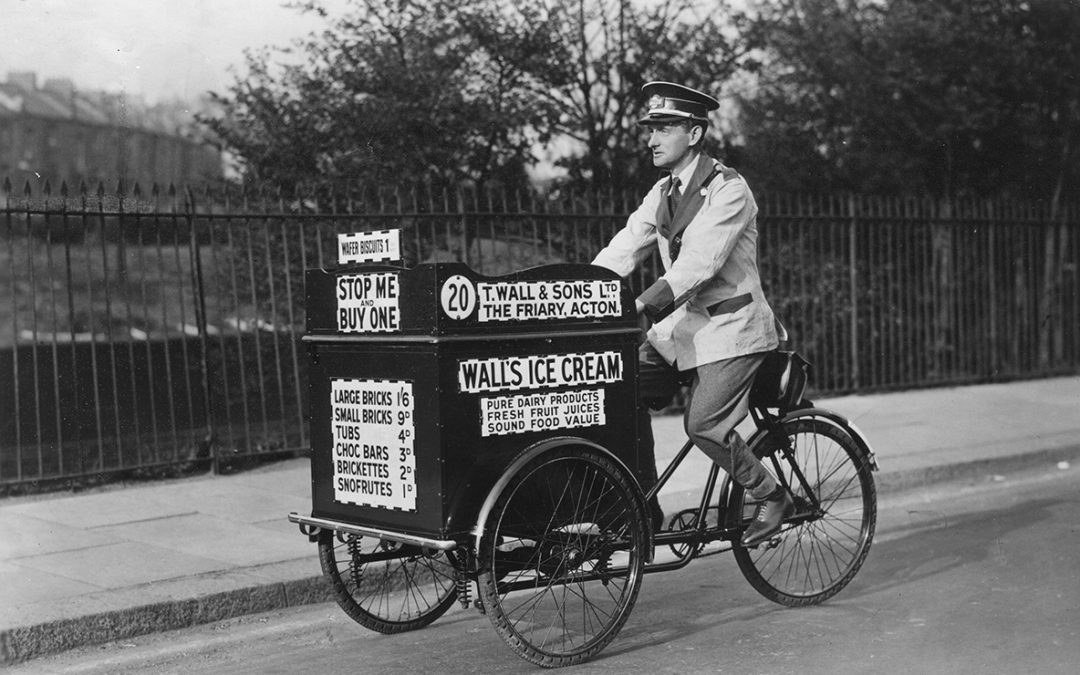 Birth of the TRICYCLE

In the early days of the manufacture of ice cream, sales were disappointing. Up to this time ice cream had not been very popular in England and the trade was of Italian origin. A heavy ice cream was produced with a low butter-fat content. Wall’s had proved the value of sustained high quality in their sausage-making; they made up their minds that in ice-cream making, too, they would be identified only with a product of the highest quality.

Then an answer was found. A Wall’s director saw a man selling odds and ends in the street, not from the usual barrow but from a ramshackle box tricycle, and conceived the notion of adapting the idea for selling ice cream. The famous tricycle was born.

A director of the firm in white overalls and a sailor’s cap, took out the first prototype for three weeks and created a new English catch phrase — “STOP ME AND BUY ONE”

They tried the ice cream, liked it, and learned to listen for the bell. The Wall’s tricycle rapidly became a national institution; to the children it was simply “Wallsie,” the friend of all. By 1939 Wall’s fleet of tricycles numbered 8,500. 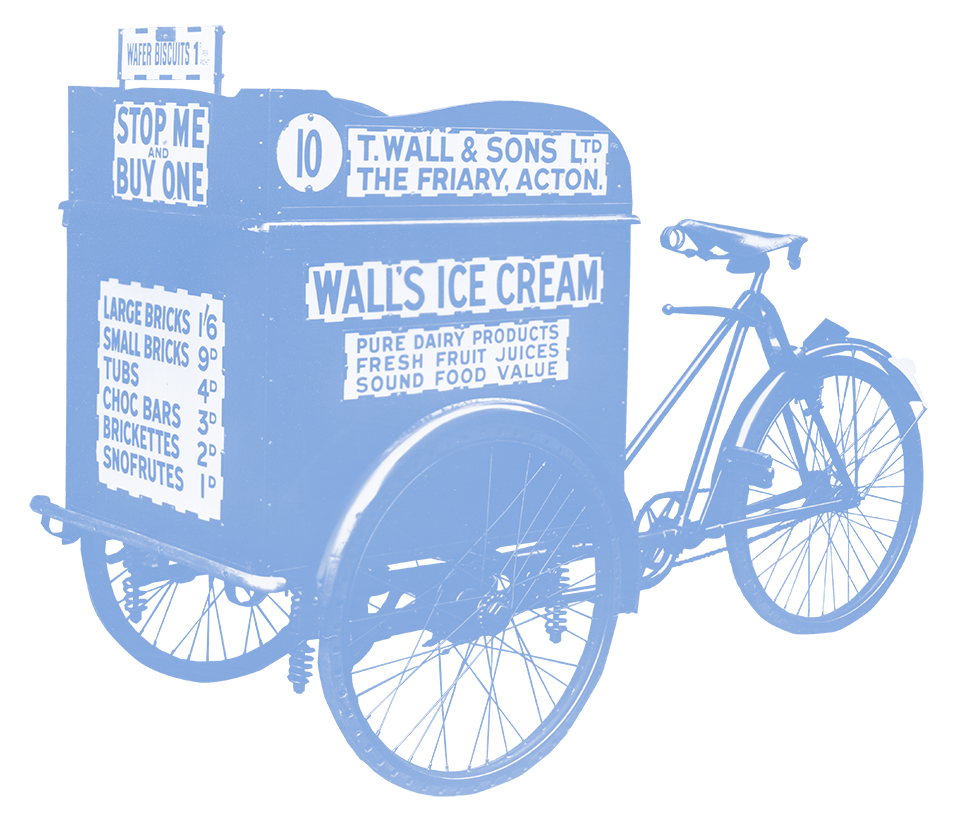 “Ring out the (TRICYCLE) bells…”

Ice cream dissapeared with the war to return a changed world in 1945. Old prejudices had vanished. The public, more eager than ever to buy ice cream, turned to the shops of Wall’s Agents throughout the country. Shopkeepers found ice cream their best selling line. Most of the 8,500 tricycles will never be needed again.

The Agents had become the vital part of the Wall’s organization, outlined in the following pages. Village shops, busy chain-stores, the little sweet-shop on the corner They tried the ice cream, liked it, and learned to listen for the bell. The Wall’s tricycle rapidly became a national institution; to the children it was simply “Wallsie,” the friend of all. By 1939 Wall’s fleet of tricycles numbered 8,500. all found a new, quick-selling line.

A new chapter in ice-cream marketing had opened. ”Stop me and buy one” had now become “STOP ME AND BUY YOUR WALL’S ICE CREAM” at the shops of thousands of Agents.

Text from ”THE HOUSE OF WALL’S” — A Pictorial Review T.Wall & Sons, Ltd.