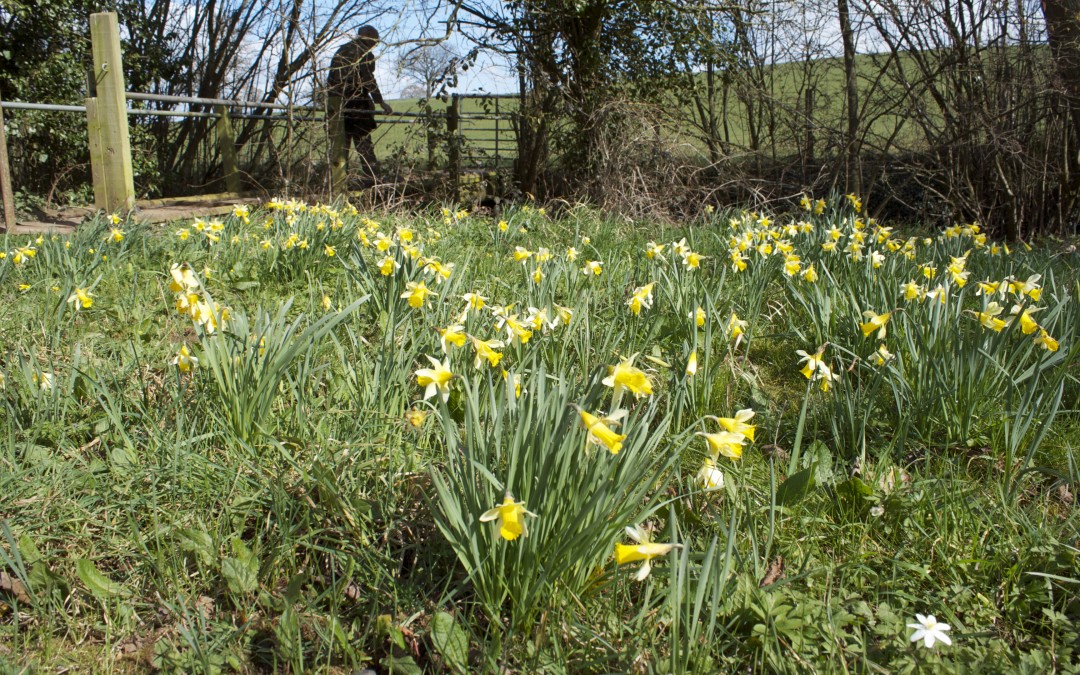 How wonderful it is to live in Colwall, especially as there are so many lovely places to take a walk near by. The sun was shining on Good Friday so to make the most of such a super spring day, I thought I would try the Dymock Poets path II starting from Preston Court on the B4215 (Roman Road). 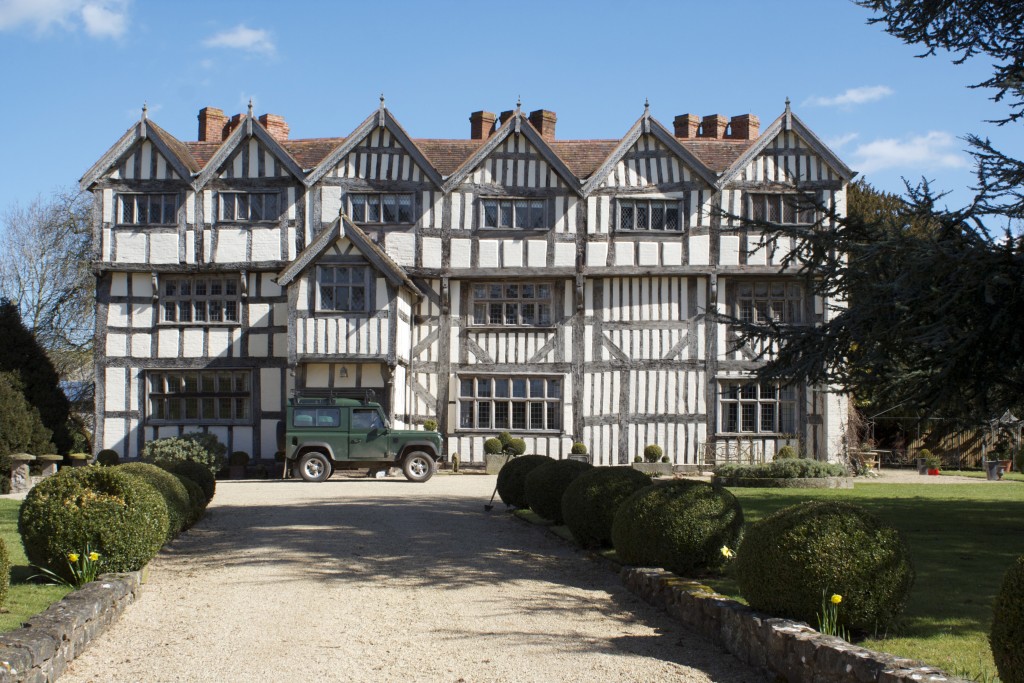 Inspired by Now All Roads Lead to France: The Last Years of Edward Thomas and Once They Lived in Gloucestershire: A Dymock Poets Anthology.

Listen to In Pursuit of Edward Thomas on BBC SOUNDS.

The poet Edward Thomas died at the Battle of Arras one hundred years ago on 9th April 1917. He’d been a poet for little more than two years and his collected works amount to only a slim volume. Nevertheless he is regarded as among the greatest of English poets. What made him so? Poet and editor, Matthew Hollis, follows a journey Thomas made by bike in the spring of 1913 from London into south west England. It was a journey that produced a prose book for Thomas, In Pursuit of Spring, but it was also a journey that turned him towards poetry.

In Pursuit of Edward Thomas

Smaller and paler than many garden varieties, our native daffodil is often called the “Lent Lily” as it blooms and dies away between Ash Wednesday and Easter. It used to be a relatively common wild flower until it mysteriously declined in Victorian times (a fall in cash crops, advancements in agriculture and poor management of habitats have all been blamed) but you can still find it scattered in places, particularly in the west. One of the most famous areas is the ‘golden triangle’ around the Gloucestershire villages of Newent and Dymock and you can even take a walk along The Daffodil Way. 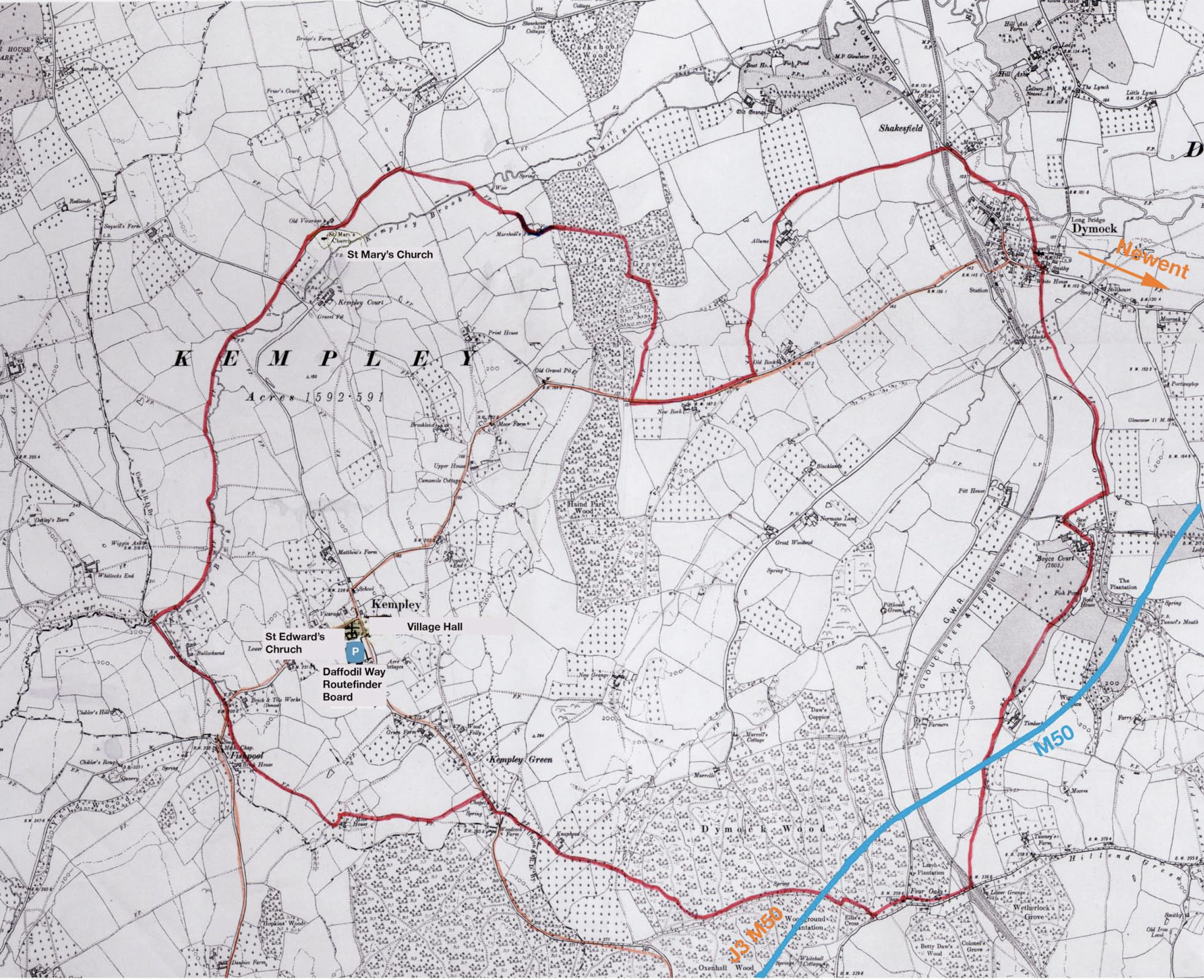 In 2015, after two years of planning applications, grant applications and fundraising events which included The Dymock Music Festival and Half Marathon, our dream became a reality.  Generous grants were received from both Sport England (£75,000) and the ECB (£100,000), together with a significant amount of money raised by the club, its associates and friends. However as is often the case with a project of this size it has not been without its problems.  Monty Python famously posed the question “What have the Roman’s ever done for us?”  Well in the case of Dymock Cricket Club, they built a road right through the middle of our cricket ground.  We were informed that we would have to fund an archealogical dig along the route and that the pavilion design would have to be altered significantly so that it ‘bridged’ over the Roman Road so as not to damage it.  This additional work has left us with a shortfall of £40,000 on the original build cost, which needs to be raised by the start of the 2016 Cricket Season in order to complete the build and landscape the immediate surrounds.

There is still time to pledge money to the “The Roman Road Roof Tile Raffle”, based on the principal of “sponsoring” the 17,000 tiles on the roof of the new pavilion for £1 per tile. For each tile sponsored, the “owner” will be entered into 6 weekly draws for one of 6 Alastair Cook signed mini bats.  At the end of the 8 week crowdfunding appeal, we will hold a main raffle with the following prizes:

A possible east-west Roman road which crossed the Severn somewhere between Wainlode and Lower Lode, Tewkesbury, and headed from Dymock towards Ketford, about two miles to the east of Dymock. This appears to connect with the Roman road from Gloucester (Glevum) north-west to Dymock, within the village of Dymock. 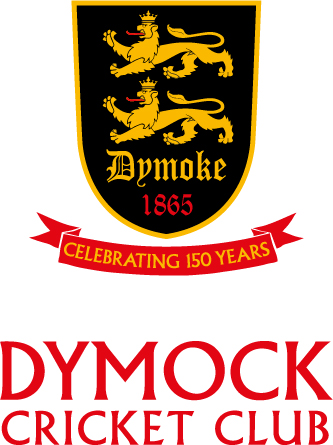